The castle is one of Sweden’s youngest and was completed in 1892, and was erected by the Liberian Louise De Geer (1856-1935). The architect was Professor Isak Classon (1856-1930), who also designed the Hallwyl Palace and the Nordic Museum. The building style is predominantly Wasa style, although one can see the influences of other styles. Louise, born Sparre, adorned her castle very beautifully, and you will find the family arms of the two genera Sparre and De Geer. In 1914 Louise sold the castle, and since then it has had several owners.

Lejondal Castle is one of Sweden’s youngest castles – built in 1892, together with Thorskogs and Tjolöholms Slott on the west coast, Bjertorp in Västergötland and Teleborg in Växjö among the last castles built.

The history of the property goes back to the early 1400s when it was owned by the English Queen Filippa, but was then called Bro-Lövsta. The name Lejondal came about in the 17th century under the ownership of Erik Abrahamsson Lion’s head, who changed the name of the property to his own last name.

In 1736, the Gripenstedt couple came here and argued in part with their religious affiliation – they were pietists, and did not like the Royal Majesty – especially not the detail that they refused to baptize their children. It was decided on forced baptism, which meant that the local authorities and the priest had to look for all the children and baptize them with coercion – this was a rather difficult job as there were 17 children in the family. According to what we found, the last two children were never baptized – they simply gave up. The couple remained at Lejondal for life and remained firm in their faith. (If anyone wonders, they lived in a house located where the house with the bell stack, along with Lou’s house, is today)

In the 19th century it is interesting when Governor Eric Sparre moves here, for 1852 Louise Sparre was born. She grew up to be a very beautiful and strong young lady who wanted to make a social career – she managed to get a job as a royal court lady at Karl the 15’s court, and the rumor says that they also had a romance together. 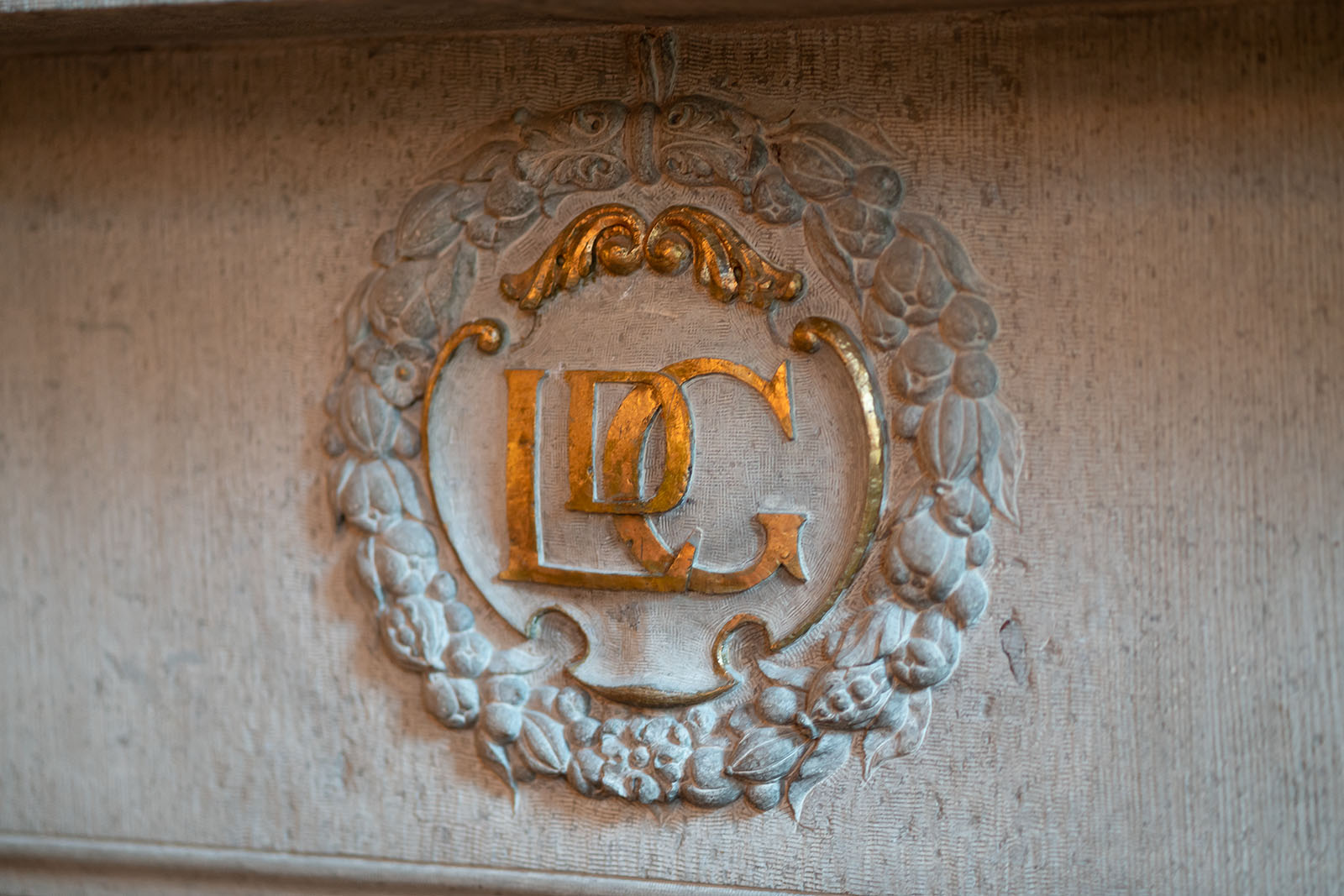 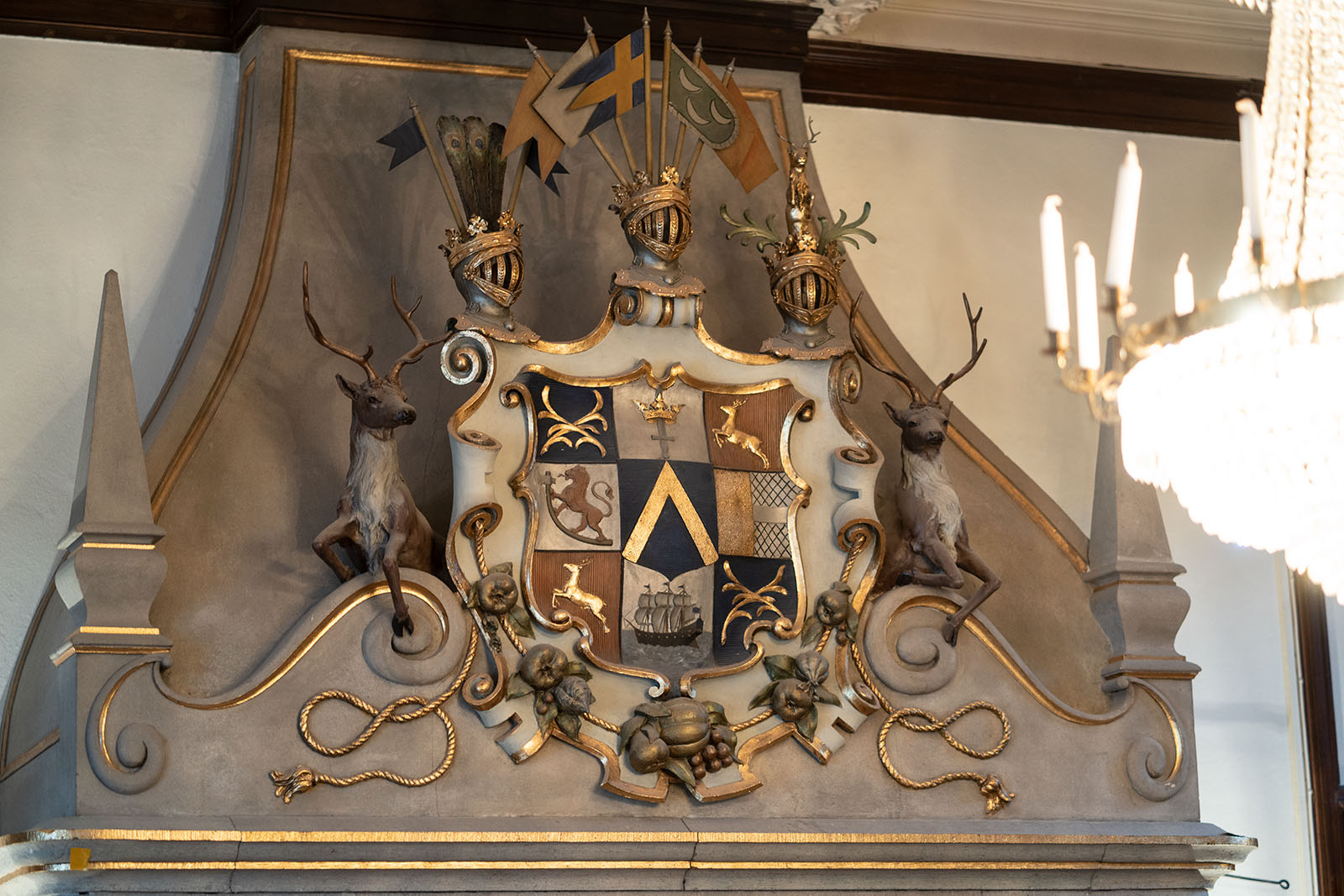 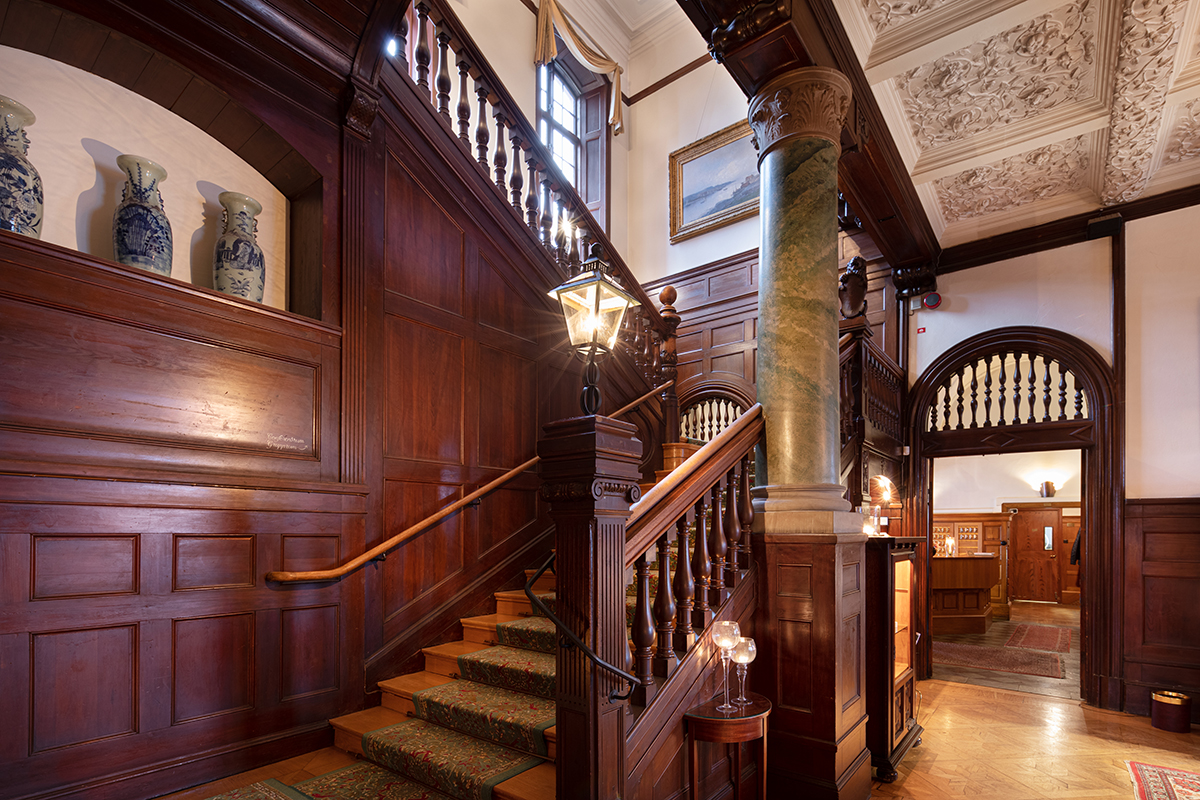 In 1880, she married Freemason Louise de Geer, and they then moved to Lövsta-Bruk where they quickly had three children. When Louise was pregnant with the fourth child in 1887, she was quickly widowed at the age of just 35. She did not want to live with her mother-in-law but decided to move to Lejondal, which she inherited the year before – in 1886, when her father died. The property had then been divided between Louise and her brother Johan, and Johan had been given the share with the manor – Bro Gård. Louise then decided to build Lejondal Castle and took the help of the architect Isac Gustav Classon, who was perhaps better known for the Nordic Museum, Hallwylska Palatset & Östermalmshallen in Stockholm. Externally, it was built in Wasa style to make it look like a fairy tale castle with towers and pinnacles, and inside Classon it was mixed in different styles – which is his style. Louise’s two genealogical weapons, the Sparre-esque gold angle and the De Geersian French lily can be found everywhere in the decorations, and her wedding monogram is on the ceiling of the Blue Dining Room.

She moved in 1892, and soon afterward she met Count Fredrik Rappe and married him. Rappe did not like the castle and therefore it became a summer cottage in general – in addition, he saved Louise the remaining money and in the end, he had to sell the castle 1913-14. It was sold to a Norwegian large farmer, Aal, who was only looking for the timber that grew in the fields and during his time the castle was falling heavily.

In 1918, the castle was bought by Axel Robert Bildt, an international businessman, who equipped it with central heating and a larger park, among other things, and who then intended to donate it to the Red Cross – they, however, refuse the gift with the motivation that it was too expensive to operate and will instead receive a sum of money which will become a fund within the Red Cross. Mr Bildt retained in the castle until 1944, and during his time it was in good order and very well known as one of the most beautiful and well-kept properties in the Stockholm area.

He sold it in 1944 to the Stockholm City Mission, which for 30 years ran various types of activities – rehabilitation, summer homes for children and eventually boarding houses and courtyards. The business was run in a fairly strict religious spirit and much of the literature in the library dates from their time. De Geer dining room was used as a chapel at this time.

It was sold in 1974 to Lars Hallen who first only thought of it as a home – wife, two children – 2000 square meters of castle. It became more expensive than imagined and he continued with conference activities, which he expanded over time. Guests were allowed to stay in the holiday village, and the glass porch was built in the 80’s to accommodate the guests. He had a hard time in the 1990s crisis and was forced to sell in 1994 – it was then that Lou took over a very worn castle and she was constantly renovating to bring the castle back to its former glory. In 2013, she sold the castle to a family who also ran the castle as a conference facility but had also opened up for private guests and fabulous weddings.